SUM, the author of The Alpha Yeti, a cross between mythology and thriller books, uses a pseudonym because they want to keep his readers wondering. A biologist and an author, this is SUM’s second outing. Both of SUM’s books are self-published. In this interview with Writers Melon, SUM reveals all about The Alpha Yeti, though not much in terms of their identity.

How It All Started:

All authors do not have the same beginnings. While some dream of becoming an author from their childhood, some others find their calling later in life. SUM falls into the first category. “My writing career started when I was twelve years old. I used to skip classes at school and sit in my secluded four-walled room and write for long hours without any interruption. That was the phase when I lost my social relations too as I began to discover writing more than the inner me. My first book was released when I was eighteen. It was the first time when I had to print the books locally and distribute them among my personal contacts which turned out to be a total disaster as I had incurred huge monetary losses. However, I got rave reviews about the book and I continued writing. I also worked with a newspaper as a freelancer for some time in college to meet my expenses.”

SUM of All Survival Tactics:

Author struggles are widely known, though many hope they didn’t exist. SUM, too, after 5 years of rejection, came through on their own. “It wasn’t an easy task to get my books available to a lot of readers. After 5 long years of running after 9 BIG-game traditional publishers, literary agents and other small publishing houses and being rejected over more than 25 times frequently every 3 months, I’ve finally realised that this process was up to no good and I was eventually growing old at the same time. By then, I had completed 6 out-of-the-box novels that were critically reviewed by beta-readers and editors and I was in the middle of writing 4 more books, let alone laying down constructive story plots for 30 more projects. It has been 5 long years of rejection, rejection and rejection until I decided to print my own books through a self-publisher and started to sell them myself since all paths have been closed and my ambitions are being narrowed to a naught.”

SUM – The Journey So Far:

While the destination seems pretty enough, it is the journey that takes the mickey out of authors. But it is the author’s will that pulls them through to where they want to be. SUM is another of those authors. “I’m a biologist and I had to leave Science for two specific reasons. One was writing and the other shall soon be explained in my non-fiction. There have been days when I had been anorexic, writing for long hours, like 60+ hours throughout, sacrificing my energy even when in pain because writing has now become my inseparable soul and passion. This was when I decided that I had become dedicated to writing alone and I had to let my works to be available for my readers. If you are a survivor and have lived this long and your goal is to do something that you are addicted to or passionate about, you should do it until your last breath.”

About SUM, the Author:

“Unlike the commonplace forte of writing romance and love stories, I’m an author who writes different genres. I write Adventure Classic, Mythology, Dystopian, Drama, Sci-fi and Non-fiction. It doesn’t take me years to write. But what really takes me years to finish a story is – its plot construction. While writing, I spend almost 14 – 16 hours on the story. Most of my works involve loads of research. And I didn’t want my book to choose readers but the readers to choose my book.”

About ‘The Alpha Yeti’:

“The Alpha Yeti is a mythological thriller. But it is not just about Yetis or their Alphas as the name suggests. What it brings is an imaginary birth to the idea of how Yetis and humans love and war against each other. I wanted it to be pacey enough such that the fun in reading it continues. There has been little written on Yetis but then there has been nothing fictional written on Yetis. So, here is one engaging-mass thriller for your appetite. This concept took me less than a week to construct. When the construction was done, I completed the book in 10 days. I personally wanted The Alpha Yeti to be released before the other books could because it is a mythological thriller that hasn’t been thought of so far. It required some research initially to write this book. When I was done with it, I wanted to give the readers a good treat! The Alpha Yeti is a book which is a page-turner and provides a new genre between mythology and thriller. I was initially appalled when I began to construct the entire plot and then started writing it. Realized I was too absorbed in this project. When I completed the writing part, I had two books in my hand. I had also made a sequel for The Alpha Yeti.”

“Just follow your passion and never give up, because no one knows what surprise awaits them!” Author(s): SUMPublisher: AuthorHouse UKRelease: May 2018Genre: Fiction/FantasyBuy this book from Amazon – Please buy this book via affiliate links and show us some love! If you are an author, share about you and your book(s) in Author’s corner and do take a look at our unique community approach to Book Marketing.

See All
From the authors
Author Interview : Nimish Tanna 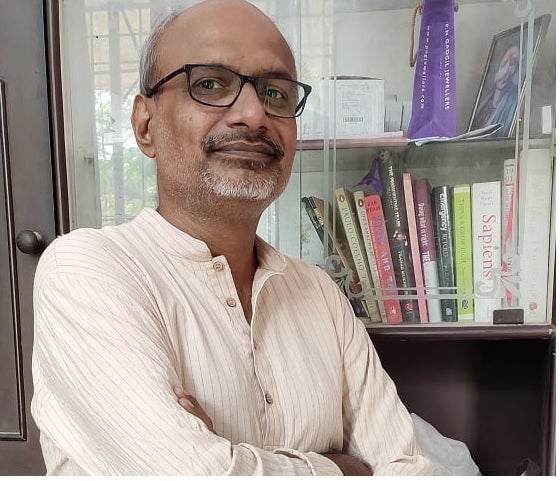