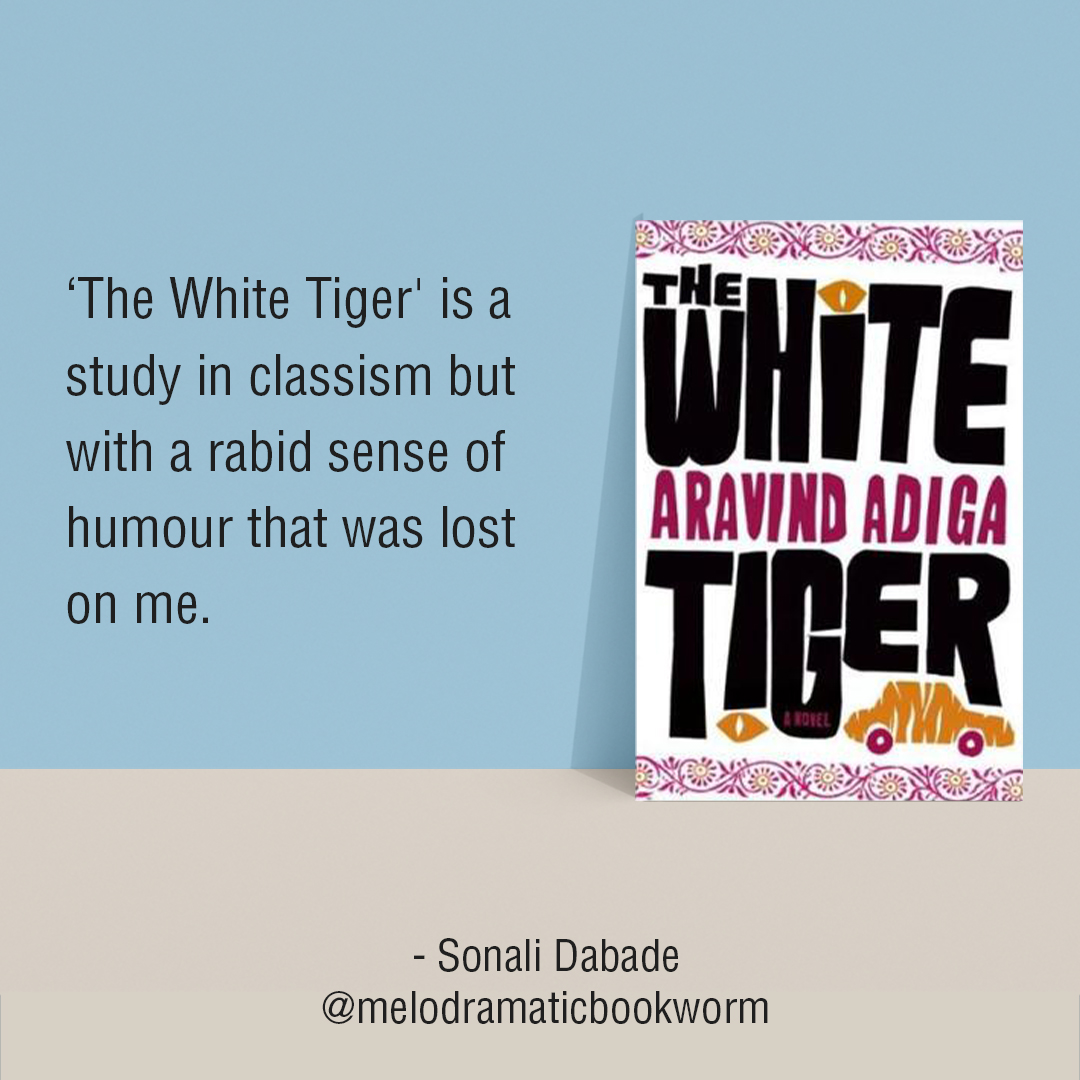 An old Indian saying goes, “Who is blind? He who can see no other world. Who is dumb? He who can say nothing pleasant about his lot. Who is poor? He who is troubled with too many desires. Who is rich? He who is happy with his lot.” These descriptions are deep and more often than not, ring true, if you put aside darkness, envy, longing, and greed.

But Aravind Adiga, in his Man Booker Prize winning novel, The White Tiger, spins a story of class differences in a way that leaves you wondering who it is that is greedy. The poor man, who comes face to face with the casually, deprecatingly wealthy, and sees the power wealth holds? Or the rich man, who is drowning in his wealth to the point where he finds it easy to take jibes at his inferiors and brandish his power over them? Who among these can you call out for ripping you off?

The answer to that eludes you to the very end as you read Balram Halwai’s account of rising up through the ranks, from being a driver to starting a correspondence with the Chinese Premier. Balram shares stories of his father, how Balram himself came to be a driver after working in teashops and coal mines, his philosophies that he scatters throughout the book, his entrepreneurial abilities (which are not boast-worthy, to be honest, but hey, whatever floats your boat!), and of being an indifferent murderer.

Yes. Murderer! I was gobsmacked when I read that too. From telling the story of a poor man who is fighting his way to the top, to screaming bloody murder, this book takes you to places that will make you uncomfortable in a lot many ways. Balram prays, he listens, he genuflects before his masters, he reminisces his times as a boy and his learnings – but beneath all of this is a bloodlust that fills you with a chill that you can’t explain through the first few pages. Because it is at the very beginning that Balram tells the Chinese Premier that he is a murderer and that he’s not even sorry about it because to become a big man, he had had to shed some blood and that is the way of the world.

And that’s how this whole book goes.

Balram talks about the rich and the absence of their obsession with money because they are confident that it’s not going to go away; the poor and their need to have a better life; morality that is conditional to the workings of the world; the snobbery of people finding India ‘dirty’; the outrage of Indians against the snobs but who are unable to show their true feelings because again: class; the importance of success to a man like Balram, who is ready to unflinchingly, stoically do anything it demands and then say, “This is the way of the world.”

The White Tiger is a study in classism, in that delineation between the rich and the poor that everyone is trying to cross, in a rabid sense of humor that not many will get (I was one who didn’t). But there is a fine line between being realistic about one’s country and pulling up the people and the government for how things are, and straight up avowing the country. And this book crosses the line into the darker territory. Sure, the author is entitled to their opinions, but bring together India, negativity, and sarcasm, and you have a concoction that’s headily dangerous.

More than anything, I was annoyed with the book because of how long it took to come to conclusion, and without making a visible point. The story drags a lot and by the time you realize what the author is trying to say, you’re halfway to disliking it strongly. The Chinese Premier plot point is totally unnecessary, but I get that Balram is trying to tell an outsider to the country something that the Indian government does and doesn’t do. It makes sense in hindsight, but the reading experience goes up in flames.

On the whole, if you’re planning to pick this up, don’t go in with too many expectations of humor and wit. I mean, it’s there along with some relevant points about the rich-poor divide, but otherwise, it is a plotless book that relies solely on bashing India and calling the country a zoo.