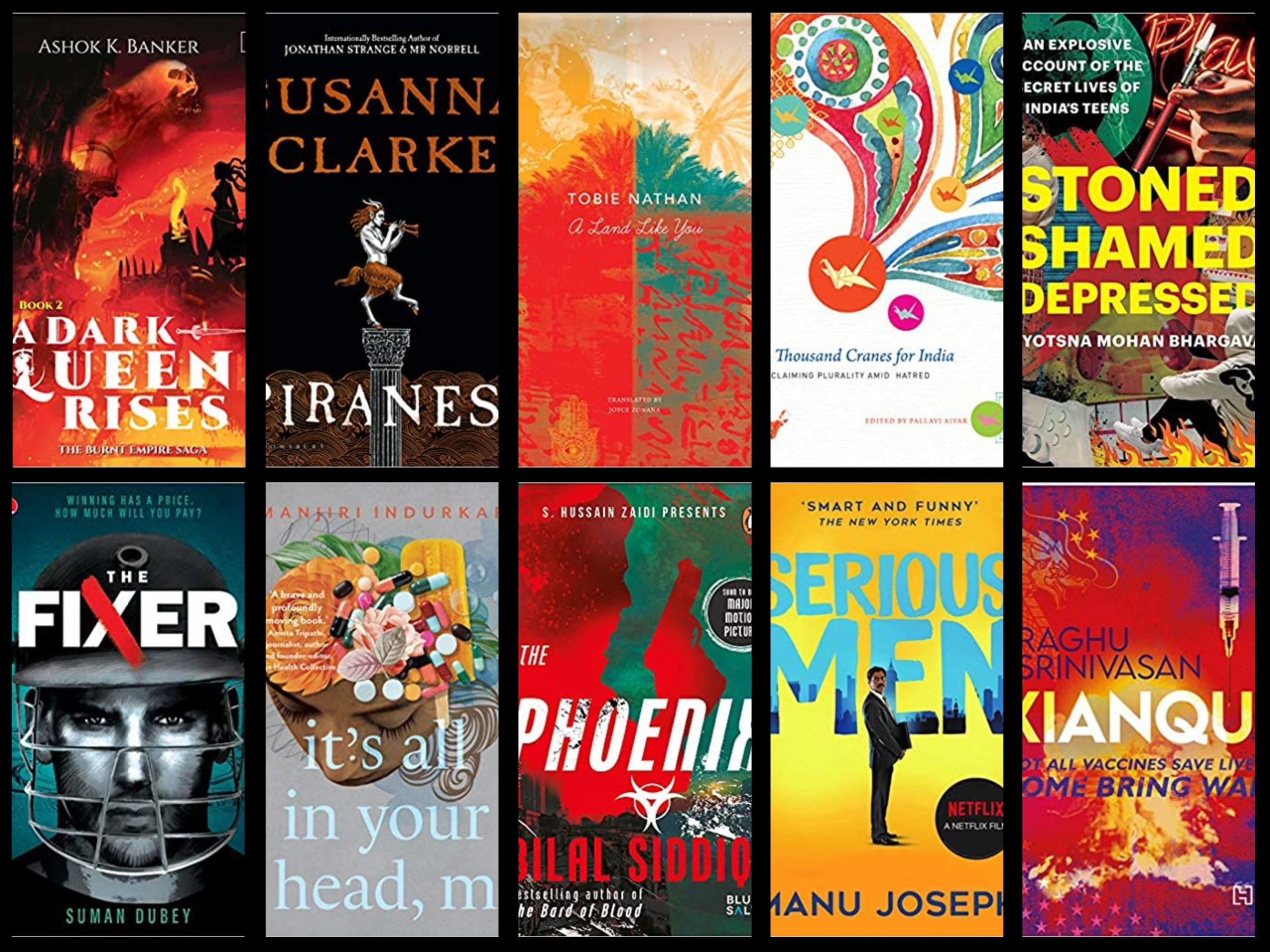 “I’m so glad I live in a world where there are Octobers.” ― L. M. Montgomery

The months are fleeting by too fast in 2020. We were just in March, staggering to accept the maladies of a new foe and here it’s October already, still proving fatal to quite a few. But, we’re fighting back and someday we’ll conquer every disease. Till then, keep calm and read as much as you can.

There are new books releasing every month and many of them are absolutely amazing. I feel these would be amazing to read in October.

We have been witnessing the gradual crumbling of urban teens in India, struggling with various problems like addiction, social media, peer pressure, bullying and body shaming. Do we know how are they coping? Jyotsna Mohan Bhargava is a senior journalist and has penned down this heart-wrenching account.

Oh, have you watched the movie on Netflix already? I’m one of those, having watched the movie and now longing to read the novel. It’s the story of Ayyan Mani who is in awe of genius people and is not just another ‘man’ in Mumbai. Judging the movie, I’d say the plot is brilliant and so would be the book. Recommended to everyone.

A secret weapon in China, a temperamental USA president, a few Indians in Tibet & an apocalyptic war. Sounds familiar? The year depicted in the novel is 2019 but it may well have been rendered nearly true in 2020. Since this is too eerie to our current reality, it’s a must read this month. Raghu Srinivasan is a serving officer in the Indian Army.

The best of Fantasy fiction from the author of the much revered ‘Jonathan Strange and Mr. Norell’, Susanna Clarke is all set to sweep more awards with this book. If you love magical spells, bad weather, statues that talk – go for it!

A story of two milk-twins, one Jewish and the other Muslim, nursed by one mother, eventually fall in love when they grow up. But the year is 1925 and there is immense turmoil in Egypt. If you like to read about earth-shaking historical period pieces, go for this one.

Pallavi Aiyar has been a foreign correspondent for over fifteen years and lived in various countries. She writes from Japan now and this book is an attempt to bring together India’s diversity converging into a single point of unity as a nation. There are 23 pieces from India’s eminent writers, poets and artists. Based on the Japanese legends of origami in the shape of cranes to have their wishes realised, this book might fulfil some of ours too.

After innumerable successful books, Ashok Banker is back with this fantasy. Have you heard of Arthaloka where the Demons reside? The demon-lord wants to rule Arthaloka but he needs allies. This one’s sure to be a roller-coaster ride of power, love and fire.

It’s All In Your Head, M – Manjiri Indurkar

Manjiri Indurkar is the founder of the Bookshelf Writing Workshelf. She lives and writes from Jabalpur. This coming-of-age memoir is an account of her life, the trauma she faces and her conflicts while balancing a life and career in an alien city. I think each one of us would be able to relate with the incidents in one way or the other. Do read.

Neil Upadhyay was expected to be the next Kapil Dev. After twenty years in cricket, he decided to build the best cricket team for a league, his family cricket team. About to be sabotaged by a hostile cousin and baffled by an attractive woman, will he be able to succeed? Debut novel by Suman Dubey, sounds very promising and thrilling as well. Read this in this cricket season for more fun.

You must have watched or heard about ‘The Bard of Blood’ on Netflix. Bilal Siddiqui is one of the best in writing Indian spy novels and this is his fourth book. So, gear up for an amazing thriller with lots of action and espionage.