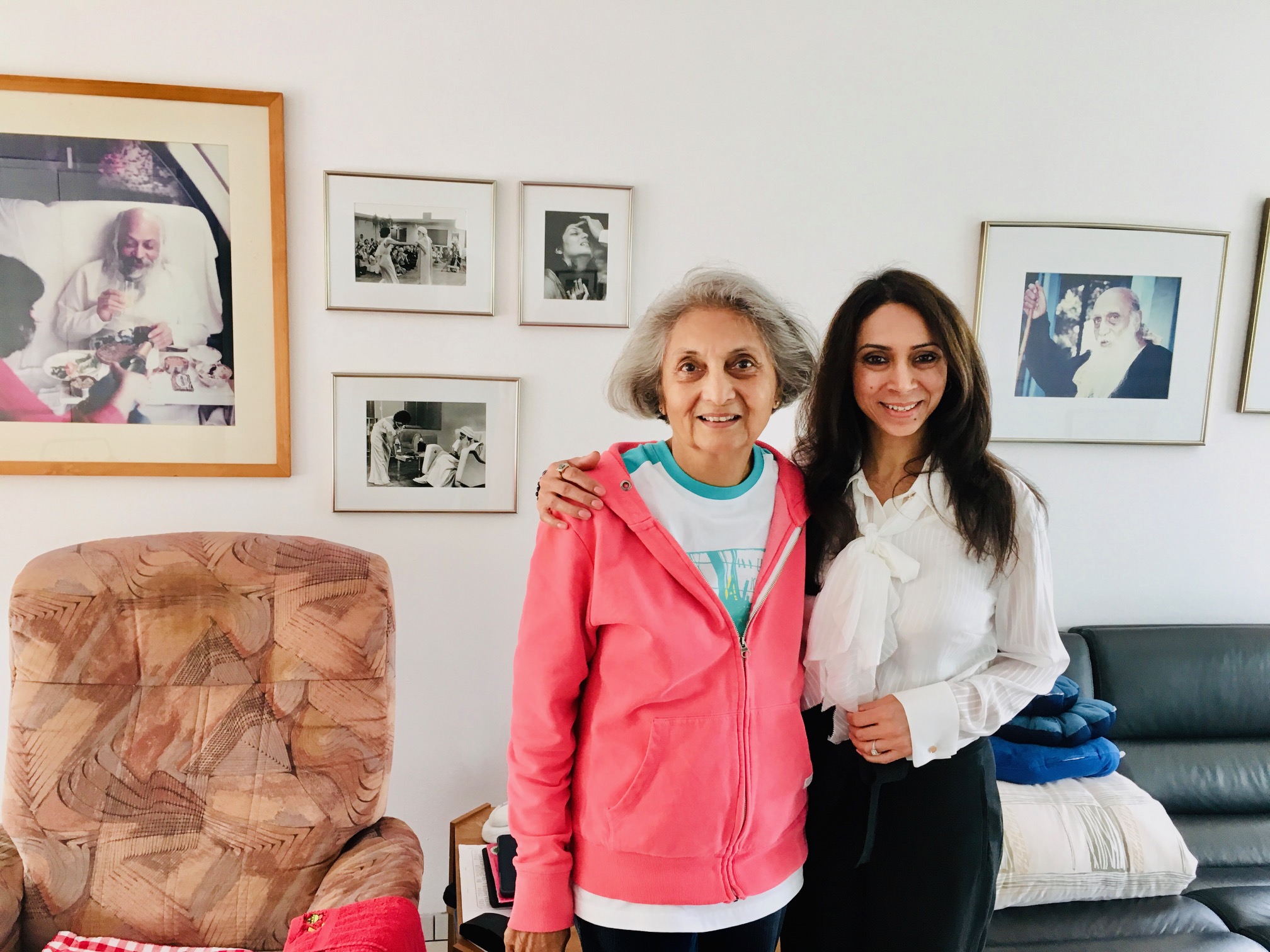 Manbeena Sandhu is based in Toronto, Canada. In addition to being a writer, she works as an addictions counsellor with the community in Canada. Her first book, ‘Layla in the Sky with Diamonds’ is a work of fiction. ‘Nothing to Lose‘ is her first foray into non-fiction.

Manbeena always had a flair for writing and reading.

“And in my heart of hearts, I knew that one day I would be penning down books.”

Biggest Trigger for writing the biography “Nothing to Lose”

The biggest trigger that prompted Manbeena to write one day was her visit to the Pune Ashram in 1994.

“As a young girl, I had a deep interest in philosophy and New Age and was reading various thinkers and philosophers. One day, I chanced to read a book by Osho and was absolutely blown away. I made my plans to visit the Pune Ashram and once there, I befriended many old-time sannyasins who had been through the Orange ride of Bhagwan world. They had many fascinating stories to narrate that I loved to hear.”

“Even though my personal interest in Osho’s philosophy dwindles in a couple of years, but that did not come in the way of my sannyasin friendships. Over the years I kept engaging with them and they continued narrating stories that I couldn’t wait to put in a book. One figure that towered above all in all their stories was that of Ma Anand Sheela- they either loved her, or they hated her but they certainly couldn’t ignore her. And soon enough, I had my mind made up that one day I would like to fully know and tell her story to the world.”

The thing that takes her closer to spirituality

Human “mortality” is the one thing that takes Manbeena closer to spirituality and also unsettles her at the same time.

“The fact that we are on this earth for only a few short years and that we will all be gone one day forces me to explore the inner world to its depths so that I may find some answers to the enigma of human life.”

Manbeena found the time that Ma Anand Sheela spent in the U.S serving Bhagwan and creating and trying to uphold Rajneeshpuram the most challenging phase to write about.

Reasons for writing ‘Nothing to Lose’

There was no particular aim or message in writing ‘Nothing to Lose.’ Manbeena wanted to tell the story of a girl named “Sheela” who had started her life as nothing more than the pretty girl next door but soon destiny had her on the front pages of various newspapers and magazines all over the world.

“Behind the larger than life images of superstars and celebrities, are humans who have the same challenges, fears and desires as ordinary beings. I wanted to feel the pulse of Sheela and wanted to make the world feel it too.”

“My intention in writing this book was not to expose the Guru at all. I simply narrated Ma Sheela’s life story and if in the process it unfurled some unknown facts about Osho, it all came naturally and not intentionally.”

Some people consider Ma Anand Sheela a mother and a pure devotee while others accuse her of the gradual downfall and sudden death of controversial godman, Rajneesh.

As soon as Manbeena was introduced to Osho’s work, she got introduced to Sheela as well. Not through the Guru’s books or talks, but through his sannyasins. As she got more seeped into the movement, information about Sheela started pouring from all directions. A few of Guru’s disciples loved her, a few despised her but none could ignore her.

“She seemed interesting and intriguing. Right away I knew that I wanted to meet her, know her and write about her one day.”

Process of research and writing ‘Nothing to Lose’

Manbeena thoroughly enjoyed writing about Ma Sheela’s life in form of a story. One can practically picture the events in one’s mind’s eye this way.

“This is how I saw and perceived it when I listened to Ma Sheela as she narrated her story. I could picture it in my mind and that is exactly how I wanted to share it with my readers. It all came very naturally. The research had been done over two decades and practically I faced no difficulties in writing her story, except for I can say the 5 year part while she was in the US- that was a little challenging as I had to check and recheck the timelines and facts before penning them down.”

Ma Sheela read ‘Nothing to Lose’ as Manbeena wrote it chapter after chapter.

The transition from Fiction to Non-Fiction

Manbeena’s debut novel ‘Layla in the Sky with Diamonds‘ was a work of historical fiction. It is a fictional story that stems out of true historical events.

“I had followed the historical timelines even in my previous work- so this helped while writing Ma Sheela’s biography. Also, a part of the book was loosely based on the Osho movement apart from depicting the hippie era of the 60s and the 70s.”

“I have not observed much difference in my role as an author and a biographer, partly because my subject matter of both the books is quite similar. Both books partially deal with the bygone hippie era with some reflections on the Osho movement.”

“I have not thought over my next project yet. But I know that I will not venture very far from my field of expertise.”