Suman Dubey: I Observe Human Nature As A Storyteller 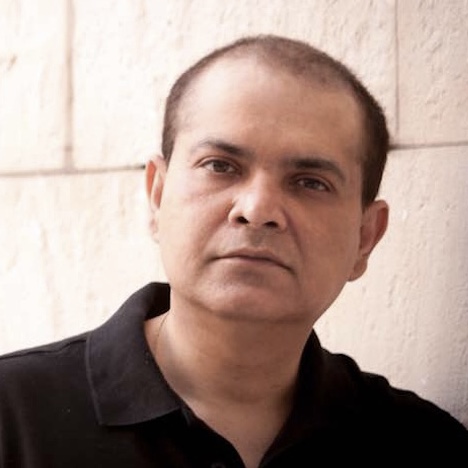 Author-entrepreneur Suman Dubey studied at Cornell University and worked in Silicon Valley. In his twenty-years career, he has experimented with five different career paths across nine industries in twelve global cities. Having developed unique exposure and perspectives from his wanderings, he has finally settled in Mumbai to pursue his two greatest passions—gourmet coffee-making and fiction writing. He spoke to us very graciously about “The Fixer” and a lot more on cricket.

Bitten by the writing bug

Suman thinks that he has been fortunate in his career to have lived in as many as twelve cities around the world. These include the town of El Paso, which is famed for its stories of Mexican drug cartels, the college city of Boston, and the tech center of San Francisco and Silicon Valley. In each of these cities, he had met some fascinating people who had enlightened him with their unique stories.

“As a storyteller, I love observing human nature and the key reasons why we make the decisions we make. It is truly fascinating for me to imagine how a character might behave in a particular situation. After spending years thinking of various fictional situations and characters, I decided to sketch them through my words in a novel.”

The biggest trigger for writing “The Fixer”

There is a quote by the late Irish novelist, Oscar Wilde – “When the Gods wish to punish us, they answer our prayers.” This quote created a powerful impact on the way Suman perceives things.

“I realized that Aspirational Regret can be a strong driver of human nature and can make a person think out of their usual personality. Thus, I wrote about the journey of a character struggling for redemption and survival and the decisions he makes to achieve his goals. The overblown ambitions of this character lead him down a wrong path, and eventually towards ‘aspirational regret.’ In the end, he realizes that his goals were misplaced and he was looking for approval from the wrong people.”

The research that went behind writing “The Fixer”

Suman had spent days and weeks reading and researching about cricketers who had failed to fulfill their potential.

“I tried to understand how such cricketers coped with failure and rejection and the career paths they chose after their careers were over. I have also read several books, journals and articles on the famous match-fixing scandals in cricket to understand the history of corruption in cricket.”

Readers cannot see composites of Lalit Modi, Mohammad Azharuddin, and the IPL in “The Fixer”.

“The protagonist of my book is a former cricketer trapped in the dark and murky world of match-fixing by his family. Thus, his reasons for fixing matches are unique to his situation and in no way related to the real-world instances of cricket-related scandals. However, this book is set in a fictional world of privately-owned league cricket, and to that extent, its setting is similar to the IPL.”

On the corruption in cricket

Suman firmly believes that the International Cricket Council (ICC) and the individual cricket boards have taken strong steps to clean up the game and eradicate any form of corruption in it after the match-fixing controversy was unearthed in 2000.

“However, it would be naïve to think that this problem in cricket (or for that matter in any sport) has been solved for good. The sports industry is very dynamic, and scamsters always find new ways to trap sportspeople in their schemes.”

On the pressures that cricketers face and how ICC can help

Suman says that it is essential to understand that cricketers are not any different from professionals in other industries, and they face the same pressures that we all do. In many instances, these stars entirely depend on the sport they play for their livelihood without developing any additional skills and are thus more vulnerable than others.

“Another important aspect that comes into play is the fact that sports careers mostly end when players are in their late 30s with nothing to do after retirement. This is precisely what happens with Neil Upadhyay, the protagonist of my book. Thus, the ICC and its member boards must do more towards not only educating cricketers about the perils of match-fixing but also rehabilitating former cricketers in other careers after they retire.”

About his next work

Suman is focusing on the media business for his next work.

“Just like we don’t always look at cricket as a business, we also don’t think of the media as a business. Looking at media as a business and not necessarily as a source of public service would help us understand it better. In recent times, the popularity and spread of social media, combined with 24 hours breaking news, has created unique news patterns that we have never seen before. Thus, I am eager to provide the unheard stories of the media industry narrated by key stakeholders who are involved in the day-to-day business of making news.”