The Matsya Curse - By Shweta Taneja

Set in the streets of Delhi and around, The Matsya Curse�is about a parallel universe co-existing and overlapping with the present one, where magic is a natural phenomenon, with the main protagonist shuttling between the two worlds. Fantasy meets fiction, complete with gods, demi-gods, immortals and monsters with supernatural-powers, good and bad, and fight the constant battle of restoring good over evil. There are friends and foes, lovers and evil powers, and a complete structure of governance with its own rules and regulations.\n\nThe book is fast paced and keeps you hooked, with exciting plots that Anantya (a one-woman army and the main protagonist) manoeuvres till the end, emerging as the super cool dude and the ultimate filmy hero that we identify with, of having those natural qualities of bravery, honour, dignity and trust;� bringing justice and good to the world, fighting for what�s right and wrong, the knight in shining armour saving the damsels in distress, putting her life on stake for the greater good, and near about encounters with death, multiple times! And there�s always a mantra, a curse or a magic potion around the corner, to diffuse the tension and give it a new angle! Drama, action, adventure and love � the book has it all.\n\nThe surprising twist is the blast from the past, with the Indian mythological characters juxtaposed in today�s era, and literally, stuck there! It�s a cocky move, and daringly original, challenging the beliefs one has grown up reading, hearing and, well, believing! The storyline brings out the pros and cons of immortality, of power abused and exploited, of bureaucratic and political idiosyncrasies, terrifying and evil revolting creatures wanting to enslave the human race; a world complete with societal customs, history and landscapes, murky smells and sounds that find a place to fit in the existing set up, without affecting or changing the current dynamics, in any way.\n\nThere a lot of species in the book, and the explanations could have been a little more elaborate to understand what each is about, and where they fall in the supernatural spectrum, or the �world-building�. I�m sure a lot of research would have gone into it, and the same could have been portrayed better, as the reader encounters them for the first time, and it would help if he/she knew more about how they live, die or exist in general.� The start is somewhat abrupt and a make believe, wherein you�re trying to grasp and keep up with what�s happening, and the visuals do not form that convincingly into your head. Gradually, you settle in with the plot and the characters become more familiar, and comfortable to relate to.� There are also times, when the fantasy is a bit too far-fetched and seems overdone (even from a fantasy standpoint!).\n\nThe highpoint of the book is definitely Anantya, and it�s a bold move to cast a female as the lead protagonist, in a world where super-heroes are, well, pretty much dominated by the male species. Young, brave and sassy, with all the right instincts and sensibilities, with internal conflicts and emotions, the girl-next-door with heartaches and heart-breaks, that make you sympathise with her, and cheer her victories in the end!\n\nLike every book on fantasy, this one too contains the experiences that cannot be experienced in the real world. A �magic system� with established rules, elements of sorcery, witchcraft or enchantments, fantastical creatures and supernatural abilities and a driving plot.\n\nAn interesting pot boiler, playing with gender biases and mythological beliefs, challenging convictions and motives in a make-believe world. And of course, the faith restored with good yet again triumphing over the evil!\n\n 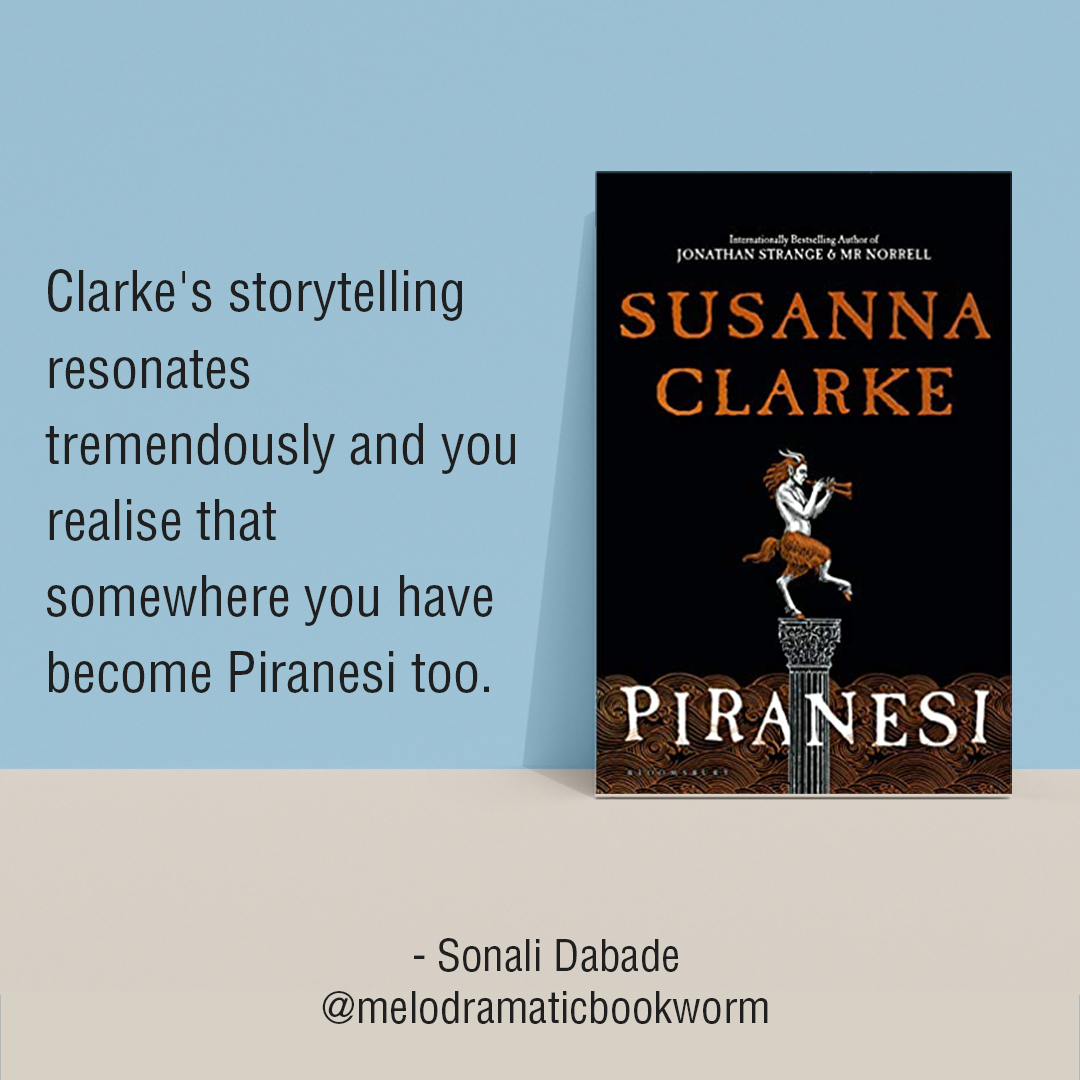 All about books
Book Review: Piranesi by Susanna Clarke