Book Review : Travails With The Alien 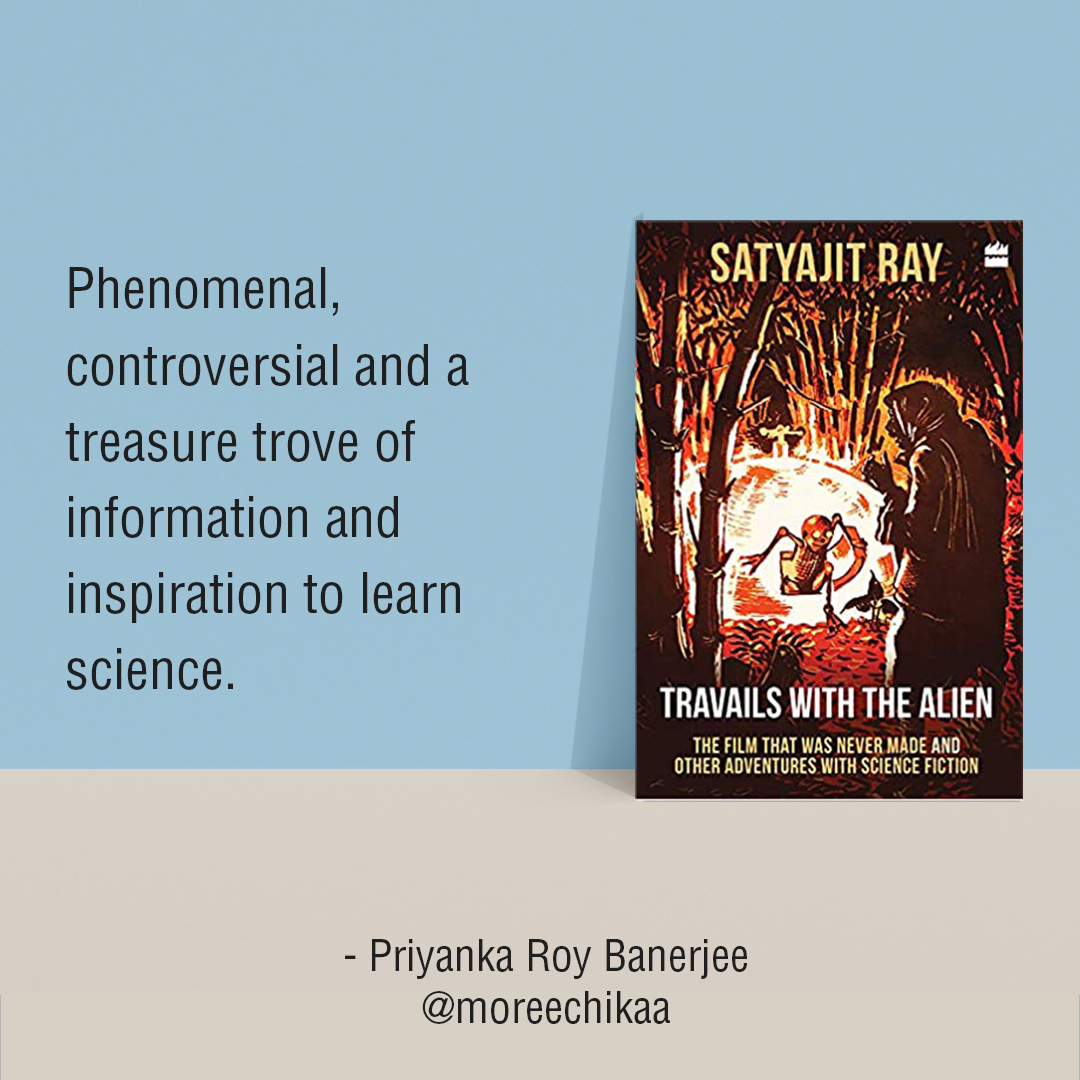 Coincidentally, my first tryst with Science Fiction and the idea of an alien began with Satyajit Ray. His short stories and novellas featuring the eccentric scientist Professor Shonku introduced me to the world of Science Fiction. I began devouring books of Jules Verne and H.G. Wells, faltering at times to pick up the significance of events or the science. Gradually, the SF books turned more difficult and I was still happy with the occasional Ray story that I could grasp. Bonkubabur Bondhu is one of my favourite SF stories, though I didn’t have any idea that Ray wanted to make a film out of it or the fact that it might have been picked up by other filmmakers.

The beginnings of SF

Travails With the Alien begins with Satyajit Ray’s lucid explanation of what Science Fiction is and how it has branched onto Science Fantasy too. He writes about the earliest works on SF by Jules Verne, H. G. Wells and Arthur C. Clarke who masterfully blended science with imagination and crafted beautiful tales of conquest by humans. Inspired by their tales and after reading scientific journals for a regular period, Ray began writing SF in Bangla, which became one of its kind. His father, Sukumar Ray was the earliest writer who attempted at SF with a mix of magic realism and loads of pure fantasy for children. There weren’t many, or even any after him in Bangla to work on this rare genre. Son of Ray picked up where the father had left his work prematurely and started a new era altogether. This book has compiled transcripts of Ray’s interview about his SF stories, characters and the importance of introducing young readers to science, hoping that they would pursue it in the future. Ray also founded the SF Cine Club in 1966, a first of its kind in the world and screened quite a few films. He received letters and tokens of appreciation from the likes of Arthur C Clarke and Ray Bradbury.

Ray had planned a film based on the story Bonkubabur Bondhu. It was to be a bilingual film in English and Bangla, to be named ‘The Alien’ and ‘Avatar’ respectively. He wrote a script, showed it to Arthur C. Clarke and Columbia Pictures. They began discussing and Ray launched a company with Mike Wilson, a film producer in Sri Lanka, to produce the film. It was slated to be a huge international project with legendary actors like Peter Sellers playing an important role. But a chain of events and misunderstandings happened that never led to making the film. If you read the script in this book, you would know that it would have been a great film if ever made. There are letters that hold promise, and later, despair in Ray of having tricked out of the project. The communication is clear and disheartening. He went to America a number of times to negotiate and hoped that work will begin on this brilliant idea, but that never happened. The letters depict a portion of a filmmaker’s agony to see his dream project being shelved in an unfair way.

I have not watched E.T. yet, so I cannot harp on the similarities, but it seems there are quite a few for Ray to comment that Steven Spielberg couldn’t have made E.T. without the script of ‘The Alien’. Ray was asked by Arthur C. Clarke to watch E.T. in 1983. Once he did, the similarities were profound and Ray discovered that the original mimeographed screenplay of ‘The Alien’ was circulated all over Hollywood in some way. Aseem Chhabra, a young journalist in New York discovered this fact and spoke to both Clarke and Ray to confirm. He wrote a piece on this bizarre incident as a part of his curriculum and became a part of history. We are not getting into the debate whether Spielberg plagiarised from Ray as that is futile at this point. It might well have been a case of totally unrelated screenplays, a one in a billion celestial chance. Travails With the Alien is a wonderful compilation of everything behind ‘The Alien,’ not only the screenplay and communication with Hollywood, but also the original story behind its conception and Ray’s inspiration to start writing SF in Bangla. It is a treasure trove of information and inspiration – to learn science outside the textbooks, through adventure and SF. 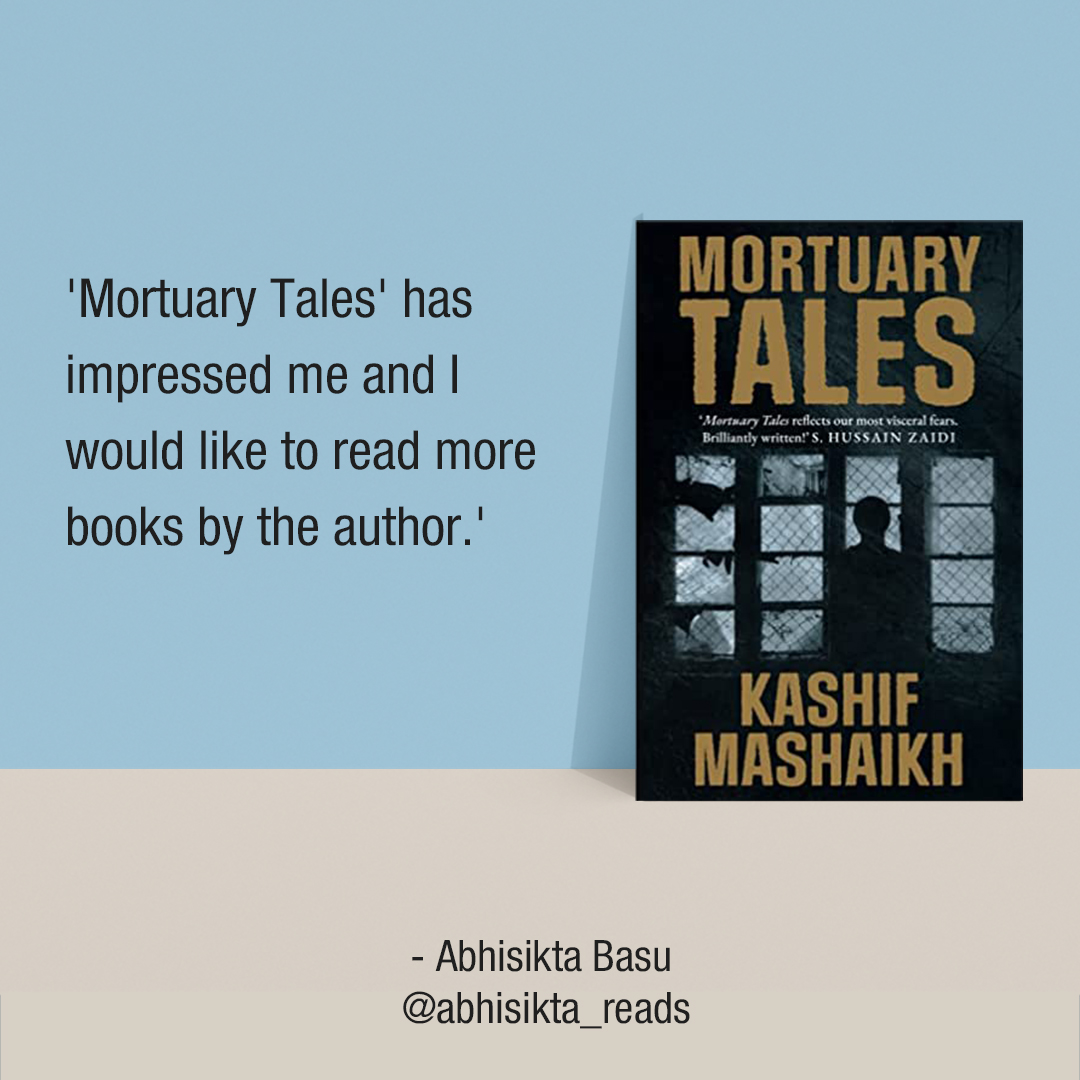 All about books
Book Review: Mortuary Tales by Kashif Mashaikh