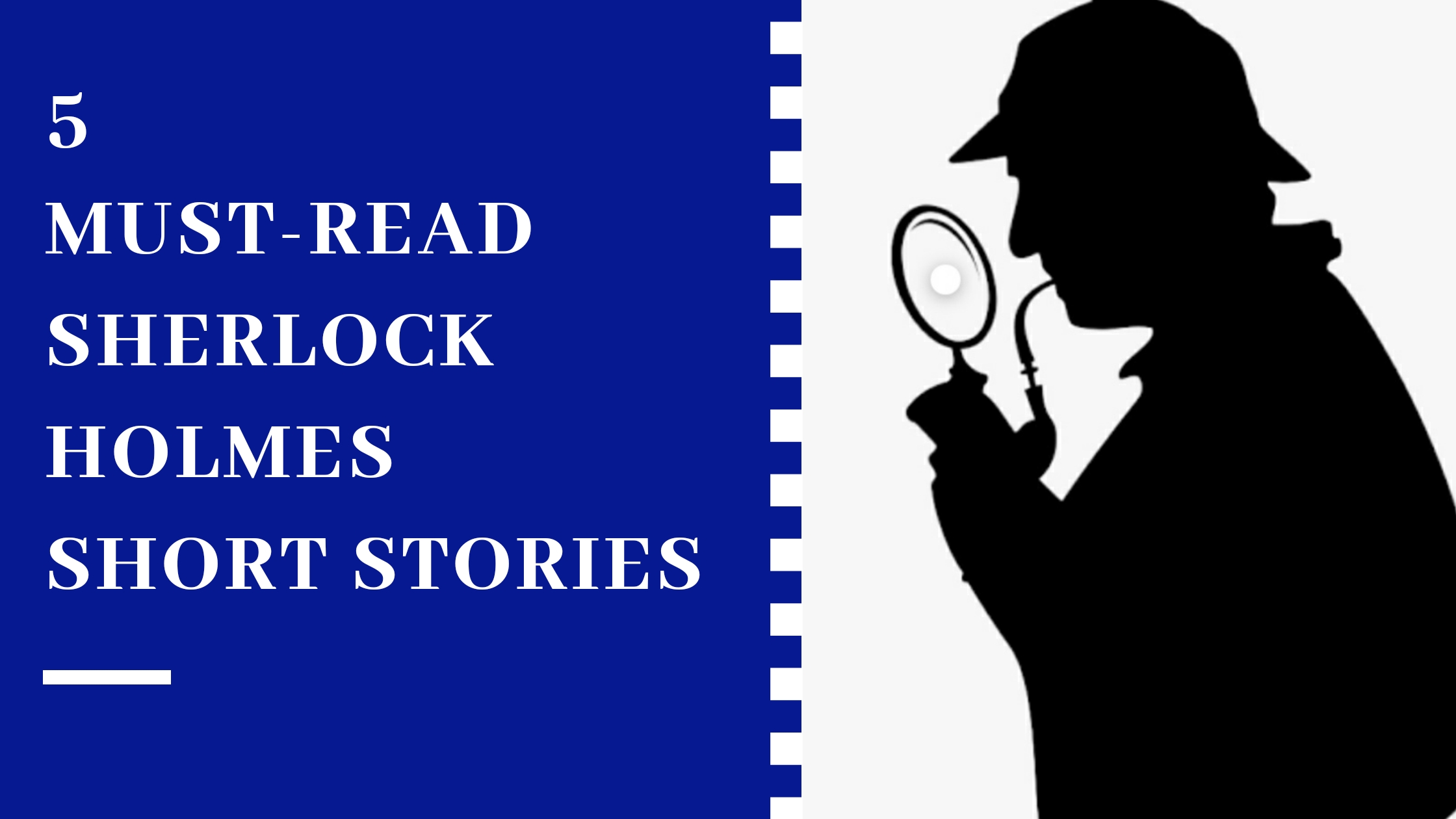 Savoring a cup of coffee and reading a short story of Sherlock Holmes on an autumn evening sounds heavenly for a bibliophile. Nothing can be more mentally stimulating than the joy of solving a case along with Mr. Holmes.

Sir Arthur Conan Doyle wrote 56 Sherlock Holmes short stories along with 4 novels. Although the charm of a novel is incomparable, the short stories with their compact plot give every mystery lover an adrenaline rush.

Here are our top 5 picks that every mystery lover must read and savor:

This playful story makes it to the list because it introduces us to the most fascinating and memorable female character in the Sherlock Holmes series–Irene Adler.

The enchantingly beautiful, smart, and conniving Irene Adler is “the woman” for Sherlock- the only woman whom he sees as his intellectual equal. Irene Adler is mentioned various times in other Sherlock Holmes stories.

Holmes undertakes a disguise and enters Adler’s house to retrieve a piece of evidence for his client. Will Irene recognize him? Will Holmes manage to make it out safe? Read the story to know how Holmes and Adler try to outwit each other and who ultimately wins.

Next on our list is ‘The Red-Headed League’ because here, nothing is as it seems. A thrilling ride, the story will keep you on the edge of your seat.

Mr. Wilson, a man with dark red hair gets a job from “The Red-Headed League”. The company hires only people with red hair. After a few days of working, the company gets dissolved. Confused by the sequence of events, Mr. Wilson visits Holmes.

What is the intention of the owner of the red-headed league? Only Sherlock Holmes can make the right deduction and solve the mystery.

One of the most thrilling and intriguing Sherlock Holmes stories, this takes you on an adventurous ride.

A young woman called Helen Stoner fears for her life due to a couple of mysterious incidents. Shivering and trembling, she visits Sherlock. The intriguing case requires Sherlock not only to save Helen’s life but also to solve the mystery of her twin sister’s death. You would be surprised to know what the ‘speckled band’ stands for.

An incomprehensive riddle is given in the form of a poem. The poem is a part of a family ritual of the Musgraves. Using some mathematical deduction, Sherlock understands that the riddle points to a treasure concealed somewhere in the house.

A family butler solves the riddle before any Musgrave family member. What is the treasure? Why have the ancestors of the Musgraves concealed it in the form of a poem? The historical touch makes it a different yet intriguing read.

It is impossible to leave the famous story where Professor James Moriarty, the most powerful antagonist makes an appearance. This is the story that deceived Watson and the public into believing that Sherlock is dead.

The fast-paced suspense story has many elements to keep the readers on their toes – unknown attacks on Sherlock, threats by Professor Moriarty, the cat and mouse chase, and an adventurous trail across Europe.

The epic battle between Holmes and Moriarty results in a shocking ending. After reading “The Final Problem”, you must read “The Adventure of the Empty House” to enjoy the amazing comeback of Holmes.

The reason Sherlock Holmes’ stories appeal to every mystery lover is its versatility. You are not restricted only to witnessing murders. You witness a wide range of mysterious circumstances along with Watson. After knowing how Sherlock has solved a case, you cannot stop hooting and cheering just like Watson does.